Cloudy, but mostly dry Sunday in NYC’s forecast ahead of rainy workweek

New York City will once again see cool temperatures on Sunday with ahead of rain later in the week.

Sunday will start off cloudy before turning partly cloudy in the afternoon with temperatures in the upper-50s.

Monday will see partly sunny skies with a chance of rain early in the evening and temperatures in the low-70s.

Cloudy skies and rain are in Tuesday’s forecast, which will feature temperatures in the low-60s. 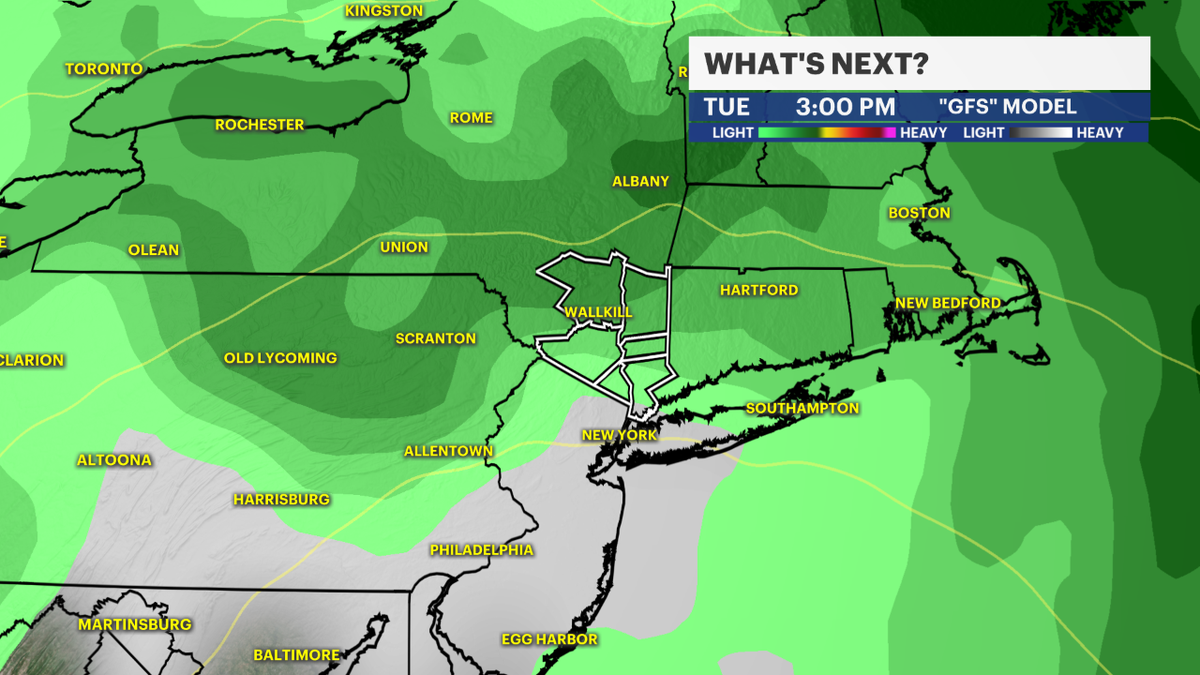 SUNDAY: Increasing clouds, with a high near 62.

MONDAY: Partly sunny, chance of rain after 5 p.m. and going into the evening. High near 70.

TUESDAY: Rain likely. Mostly cloudy, with a high near 62, low around 51.

WEDNESDAY: Showers before 2 p.m., becoming mostly cloudy, with a high near 60. Low around 51.

THURSDAY: Mostly cloudy, showers possible with a high near 62. Low around 53.

FRIDAY: Partly sunny, chance of showers with a high near 62.

For Britney Spears, Freedom From Conservatorship May Be Imminent – NBC New York