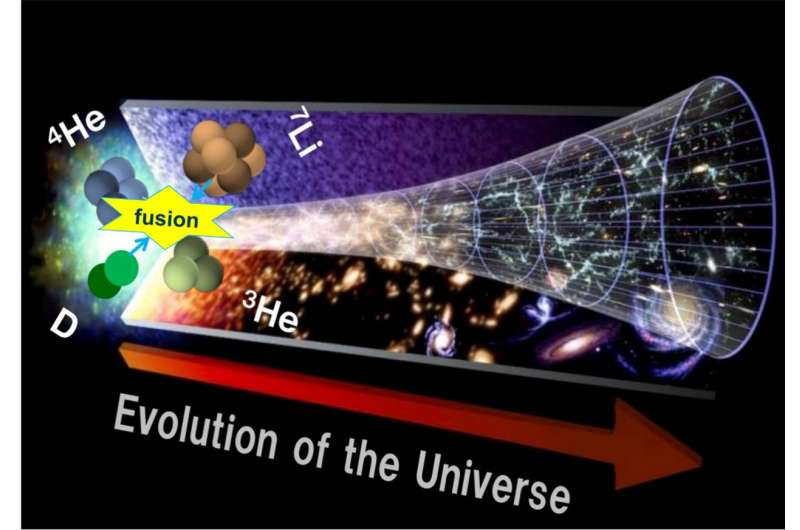 Fig. 1: Artist’s representation of the evolution of the universe, with time flowing to the right in the direction of the red arrow. The 7Li(d,n)24He reaction takes place in the process of primordial nucleosynthesis at the very beginning. Credit: Hou Suqing

An international research team has recently updated the 7Li(d,n)24He reaction rate based on latest experimental data, which removes the significant ambiguity in the cosmological lithium (Li) problem from the perspective of nuclear physics.

The big bang is regarded as the most successful model to describe the origination and evolution of the universe currently. However, its success has been limited by the so-called lithium problem, which refers to the fact that primordial lithium-7 abundance is overpredicted by a factor of three in comparison to the value from observation, while predictions match the observed primordial deuterium and helium abundances.

From the perspective of nuclear physics, the accurate reaction rates of lithium destruction reactions are crucial for accurate prediction of the primordial lithium-7 abundance and further understanding of the lithium problem. Nevertheless, as an important lithium-7 destruction reaction, the 7Li(d,n)24He reaction has not been well studied before 2018.

In the latest study published in The Astrophysical Journal, the researchers updated the 7Li(d,n)24He reaction rate based on the recent experimental measurements on the three near-threshold beryllium-9 excited states. This work was conducted by an international team led by Hou Suqing at the Institute of Modern Physics of the Chinese Academy of Sciences (CAS). 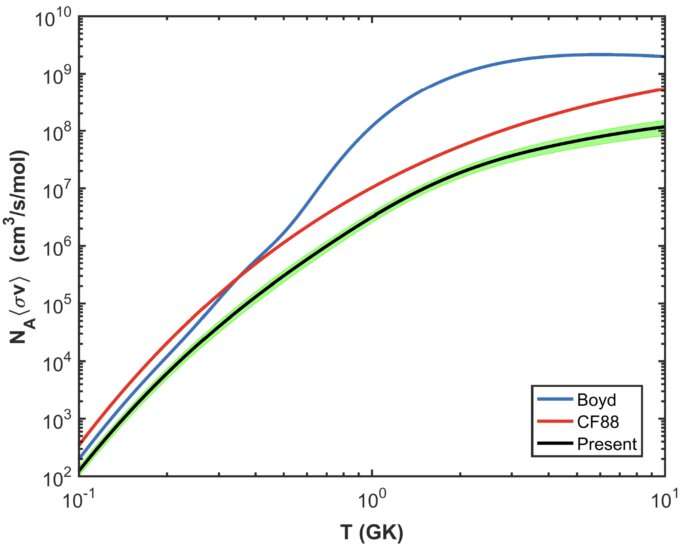 Fig. 2: Total reaction rate of 7Li(d,n)24He as a function of temperature in units of giga Kelvin where the green shaded band is its associated uncertainties. For comparison, researchers also plot the previous results from CF88 and BM93. Credit: Hou Suqing

In this study, the researchers found that the new 7Li(d,n)24He rate is overall smaller than the previous estimation by about a…

Maintaining the doctor-patient relationship is the cornerstone of the U.S.

Bees ‘scream’ as they are killed by Murder Hornets, study says

Penis worms were the hermit crabs of their time